After the war he took a short visit to Norway,  but in  1948 my father went back to sea again, this time under US flag and onboard the USAT General W. Weigel. His duty onboard was aprox 7 months.

Before 1948 he worked in the Southern Pacific Lines as a painter.

As part of the "Magic Carpet" fleet, she stood out from San Diego, California 11 September with rotation troops for Pearl Harbor and returned to San Francisco 24 September with 5,000 veterans. From 6 October 1945 to 8 February 1946, she made three round-trip trans-Pacific voyages (two out of San Francisco and the third from Seattle) to bring occupation troops to Yokohama.

Following a "Magic Carpet" voyage to Manila and back to San Francisco 11 April 1946, the transport departed San Francisco 16 April for New York, arriving 1 May. Decommissioned there 10 May 1946, she was transferred to the War Department for peacetime operations as an Army transport and made shuttle runs with troops and supplies from San Francisco to garrisons in the Pacifi. In september 1948 the ship with officers and crew resqued nearly 2000 people from the islnd of Camiguin (Philippines) The island had a eruption from the "Hibok Hibok"

Resquing of islanders in the Philipines 1948 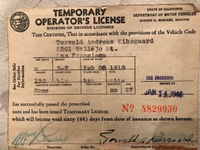 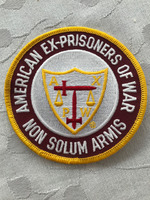 My father onboard USAT General W. Weigel in 1948 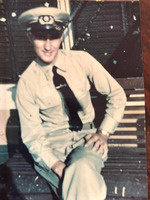 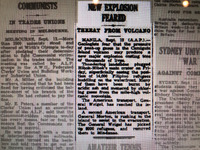